Under the dark mine, Miner’s lamps are the eyes of miners. The safety of mining light is extremely important to miners’ life, because of the complex mine environment. With the development of technology, miners lamp constantly upgrade, from simple fire which was full of danger, gradually evolved into lightweight and safe led mining cap light.

The first type of mine light, the open saucer-type grease lamp, was used in the 1700's. It was often decorated with some special figures such as roosters that the miner thought it would bring good luck to him.

Before 1850, miners used candles that were hung from crevices or hammered into timbers near their work. The candle-holder was adopted for use in the mines as well. It consisted of a 3/8-inch iron rod twisted into a looped handle at one end and a sharpened point at the other. Often there was a hook on the holder and when the point could not be driven into a suitable support, the holder could be hung from any overhang or protrusion in the mine. 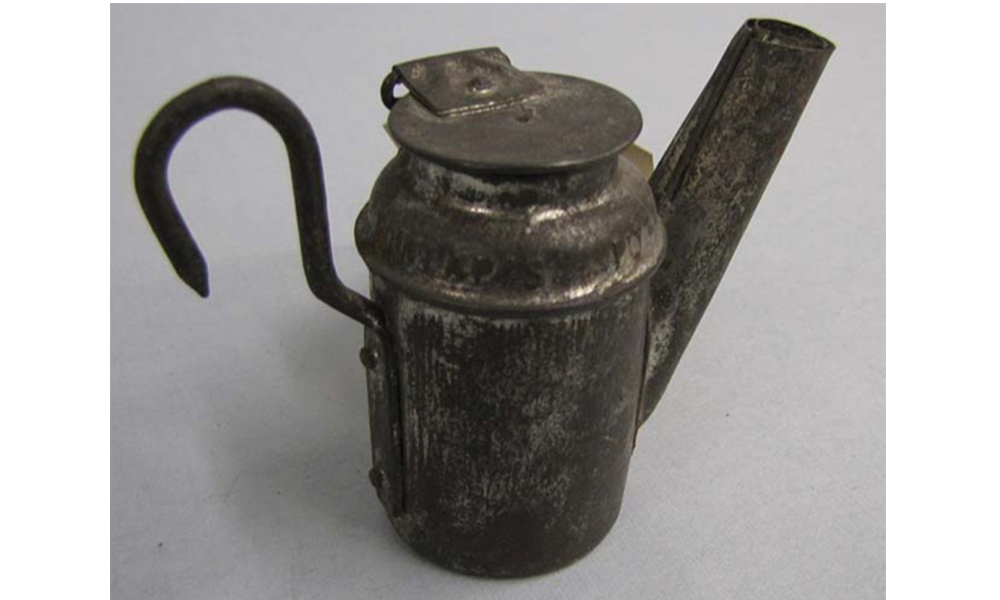 Around 1850, the oil-wick cap lamp was invented in Scotland. Oil-wick cap lamps were shaped like small kettles-a small font that contained oil fueled a wick that was stuffed into the spout. The oil-wick cap lamp issued a bare flame, giving off enough light for miners to see what was in front of their face, but not much further. Oil wick lamps became increasingly popular because they were cheaper to burn than tallow candles and easier to balance and carry in the mines. However, the oil-fueled flame was exceedingly smoky, and could easily ignite flammable gasses (mainly methane) found in coal mines. 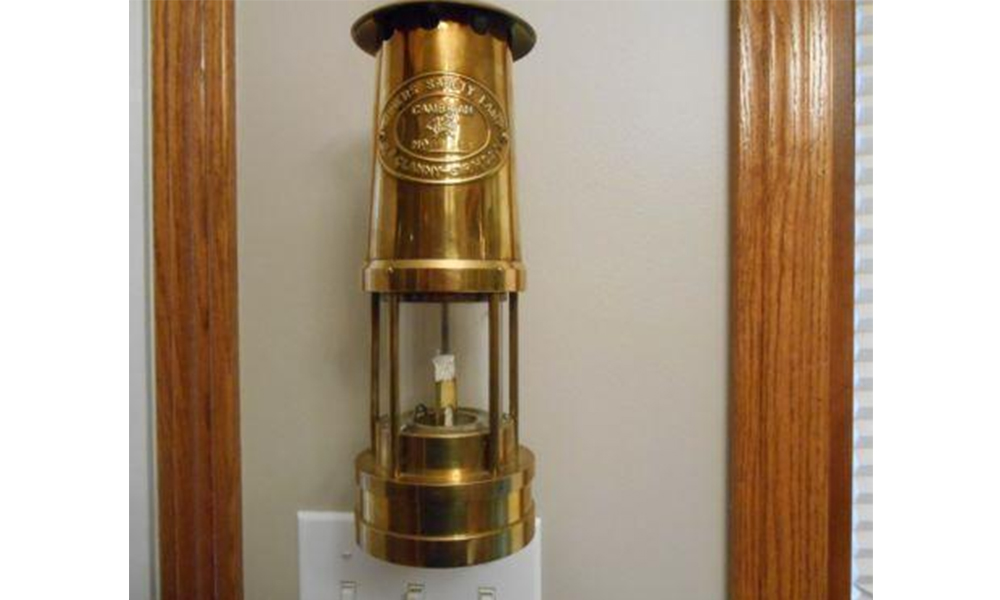 Invented by Sir Humphry Davy, Davy had performed numerous scientific experiments on all natures of gasses, and this experience proved useful in battling the flammable firedamp found in gaseous mines. Davy’s invention was to surround the flame with a metallic mesh screen. Air could pass through the screen to fuel the flame, but if the holes in the screen were small enough, the mesh would cool the flame to such an extent that it could not ignite the gas surrounding the lamp. This design allowed the Davy lamp to serve as a test for the presences of certain gasses. 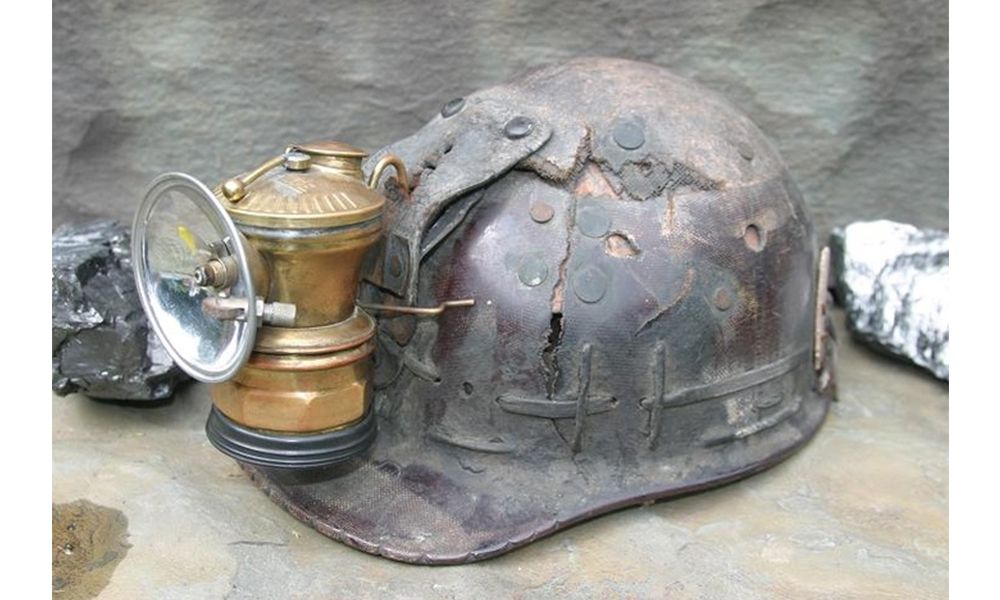 The design of the carbide lamp consists of two chambers—an upper chamber holding water and a lower chamber holding the calcium carbide. Acetylene gas is produced when water from the lamp's upper level encounters the calcium carbide stored in the base via a dripping mechanism. The amount of water flowing into the calcium carbide container can be controlled, with more water producing more gas and a bigger flame when the lamp is lit. The gas is funneled to the burner, where it is lit by a match or a built-in striker. Once the flame is lit, a reflector allows the miner to control the direction of the light. The carbide lamp had its problems as well. Average runtime in carbide cap lamps was only about four hours, necessitating a carbide refill mid-shift, which could leave the miner in darkness. The burner tip was also prone to clogging, and concussive blasts or winds inside the mine could extinguish the light as well. 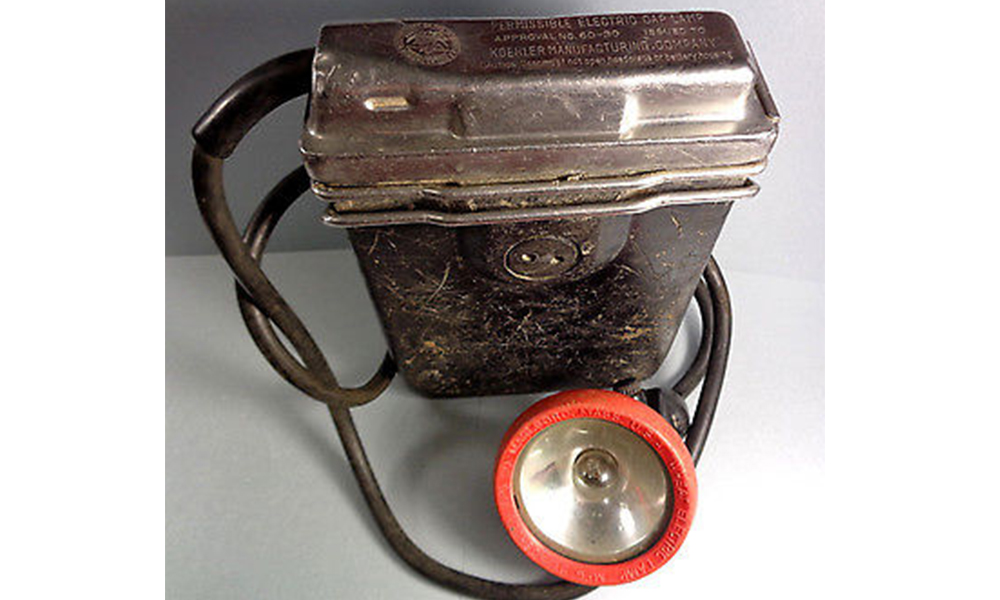 Electricity had been available in homes for years in the early 20th century, but the application of electric lighting in mines was a harder proposition due to the extensive wiring costs. The solution to this problem was a rechargeable battery pack designed by Edison. The Edison Cap Lamp consisted of a battery encased in a self-locking steel case worn on the miner’s belt. A flexible cord traveled to the cap lamp, and its entrance into the battery was protected by a flexible steel cover. The battery could power a six-candlepower lamp for 12 hours and was recharged at the end of a miner’s shift.

A portable lamp is composed of two parts, the battery which furnishes the current, and the bulb. The bulb was perfected quickly but the battery was troublesome. In fact, none of the early experimental lamps proved successful, as the bulb required too heavy a battery. Also, leakage of acid was a serious problem.

Nowadays, most of miners use LED miner’s cap lamp to instead of the cumbersome electric miner lamps. LED as a light source and the use of lithium batteries, makes it a lighter weight and more safety. LED mining cap light in general includes two styles, corded and cordless. In any county, there are stringent requirements for the use of miner cap lamps.

Next: Lithium Batteries Are Widely Used 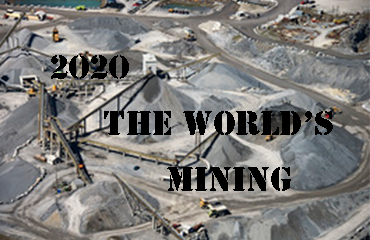 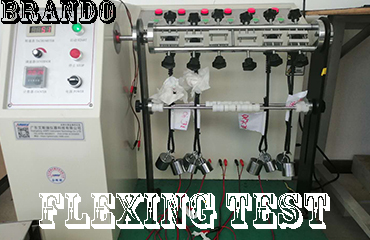